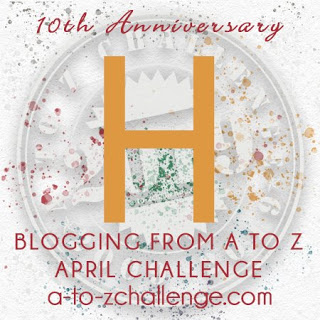 Isola is still taking over my blog, so I’ll just let her get on with it…

Hot. Oh my god, it was so hot. August is always hot, I know. I get it. But now it was so hot that the air conditioner in the store couldn’t keep up anymore. I had already stripped down to the barest amount of clothes I thought was respectable for an employee.

Thankfully I had worn a skirt, so it was just my skirt and panties on the bottom. On top, I slipped my bra off under my shirt and was only wearing a tank top. I knew that my nipples were probably visible beneath my shirt, but I didn’t care. Working in a sex toy shop had its perks. There were more risque pictures on the covers of the magazines and novels we sold, not to mention the video collection.

I sat behind the counter, thankful that the store was empty. I was fanning myself with a brochure, counting the minutes until someone else was coming in so I could go sit in my car and crank the air conditioning. It would be soon. It was almost five, but the minutes were ticking by so slowly.

As the sun started to descend just a little bit, I could feel the air conditioner kick up a notch. As the sun stopped beating down directly through the windows, the machine had a chance. I went over to one of the two units in the store and felt the cold air it issued. There were two: one was up high in a window, and the other was down low and had been built directly into the wall.

I positioned myself so that the cold air went directly up my skirt. “Oh thank god,” I groaned. My skirt was flapping up around my waist, but I didn’t care. My thong was soaked with sweat, and the cold air on the wet garment made it even cooler.

“I didn’t know I would be welcomed with such a beautiful sight or I might have come in earlier,” Seth said.

Seth was the coworker I was waiting for, and he was unusually early. I blushed, despite the fact that I didn’t care what Seth saw, and said, “You’re early.”

He shrugged. “I got out of my day job early and had nowhere else to be.”

“You mean, you had no other young women to harass?”

He rolled his eyes, “No one as pretty as you.”

He was teasing me, as he always did. We joked around and almost flirted, but I knew nothing would come of it.

I wasn’t even sure I would be interested if he were, but I knew he wasn’t, so it didn’t matter. There had been a thing that happened between us that let me know that we were never going to be an item, but that’s for a later story. (You’ll have to come back for P is for Play Parties to hear that story!)

I flipped Seth off as I left for the eventual relief of my air-conditioned car.

Thanks for reading my blog! Come back to read more of Isola’s stories throughout the month of April, and check out other A to Z Blogs here!