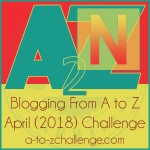 We all have that one relationship, sometimes more, that we regret. We look back on it and go, “What the hell was I thinking?” For me, it was my college boyfriend. I dated several guys my freshman year, but sophomore year, I ended up with a guy who was super controlling and domineering. We dated right up until the end of my senior year. He didn’t like where I was going with my life (and he was cheating on me), so he dumped me, five minutes before graduation started. It was heartbreaking. My whole family was there to witness it, too. It was a college version of that scene at the beginning of Eurotrip, except my boyfriend was dumping me.

But I had moved on from that. Tomorrow was my 30th birthday, and I was looking forward to starting a new decade. Leave the old behind, bring on the new and all that jazz. I was single, I was living in Boston, and I had good friends to celebrate with. Even though we lived in the city, they wanted me to have a spectacular time, so they had booked us a room in an old hotel right near the center of Boston. It overlooked Boston Common, and it was beautiful, though some said the rooms were haunted. I had stayed at this hotel only once before in my life, on the eve of my 21st birthday, courtesy of my terrible college boyfriend, Richard. He had taken me to a show nearby and booked us a room. Sometimes he had been quite the romantic. But thinking back on that night nine years before, I only had vague recollections of why I had dated him so long. Generous nights like that one were part of it, but I knew there must have been more. The memory was too fuzzy to really identify.

I laid down on the plush queen-sized bed and reminisced. Even though I hadn’t had a guy who I really connected with lately, I was pretty lucky. Of course, what I really missed was a good orgasm delivered by someone other than my Battery Operated Boyfriend. I drifted off to sleep thinking of Richard and college and the wild nights we used to have.

I woke up to a beeping alarm that didn’t sound like my own. It sounded like an alarm from a far-off dream. Why had I set the alarm? I wasn’t supposed to. It was my birthday. I was allowed to sleep in on my birthday. I rolled over to turn off the alarm and encountered a warm body. Panic filled me. A cold chill that went from the top of my head to the tips of my toes. I couldn’t see the stranger in my bed. No, not my bed. Where I was I? The hotel. I remembered that. The warm body was entirely wrapped up in the blanket, just like Richard had always done. And then the covers were tossed aside as the figure grumbled and rolled over and it was Richard! Oh my god, it was Richard in the flesh. He looked just the same as he had the last time I had seen him. There were no signs that he had aged at all. I couldn’t believe it. I knew that I looked completely different. My hair was shorter, I had gained weight, and I had crow’s feet around the corners of my eyes. But Richard looked exactly the same. What the hell was he doing here? I hadn’t seen him in years!

He was mumbling something as he woke from sleep, but I couldn’t make it out. I rolled off the bed and got to my feet. I looked down at my body, and I was naked. And thin. I couldn’t make sense of it. I escaped to the adjoining bathroom and shut the door. I took a deep breath and tried to figure out what was going on. Why was Richard here? Had I gotten drunk last night? I hadn’t remembered drinking at all much less drinking enough to have invited Richard back to my room. I couldn’t imagine what was going on. I braced my hands on the edge of the marble counter and looked at my hands. They looked different. I wasn’t wearing any jewelry. I took a steadying breath and looked in the mirror. There were no crow’s feet around my eyes, and my hair was long again. I blinked at my reflection and came to the reluctant realization that I wasn’t 30 anymore; I was reliving my 21st birthday.

2 thoughts on “N is for Nostalgia #AtoZChallenge”