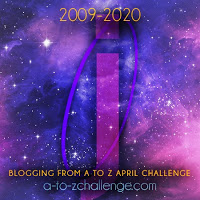 J is for Judicial Systems

Zebulon has a central justice system for the 25-building community. There are some people who are assigned to carry out justice and keep everything safe. However, it’s a very black and white situation. The laws aren’t created by a governing body, but each policy is voted on by the people. However, their overall constitution is about equality for all. No one is ever to be considered lesser than, and no vote can overrule that.

These laws have been around as far back as anyone can remember, but were obviously created once the communities were formed.

Otherwise, the laws are basic rules: Be safe, be kind, respect your community.

Above you see my description that I wrote based on the extensive questions in The A-Zs of Worldbuilding. Below, you can read an excerpt from Chapter 8 from my novel Exploration.

“Hey,” I replied. Being alone was awkward now that we had that kiss between us. “So, what job did you get assigned to?” I asked.

“Really?” I replied. Not his first choice. I wasn’t sure what to say. It had surprised me that he had put it down at all.

“What are your instructions?”

“I meet my job mentor tomorrow morning. And I’m supposed to bring a bag with whatever I need to take for three weeks of training.”

Woah. I hadn’t ever heard of anyone going away for three weeks like that, but then again, I hadn’t known any police officers personally. “Three weeks?” I repeated.

“Yeah,” he said. “There was a bag to pack in my room when I got back from the meeting.”

“Huh?” I was so wrapped up in the thought of James, my best friend, being gone for three weeks, that I couldn’t even think of my own job assignment. “Uh, actress.”

“No, actually.” I got up and handed him the letter from my desk. He sat down on the couch to read. I sat down next to him and curled my feet up to the side.

“Shit. What the hell is a ‘Special Assignment’?”

I watched him turn the paper over, read it again, all the things I had done before. “Wow.”

“Have you told your parents yet?” he asked.

“Nope. I haven’t seen them, and I have no desire to go over and talk to them about it. They’ll just be disappointed all over again that I didn’t pick healer or childcare.”

“Are you disappointed with your choice?”

“I’ll tell you after tomorrow,” I said, but then a pang of regret hit me as I realized that I wouldn’t be telling him anything for three weeks.

We locked eyes, and I knew that he was thinking the same thing.

A few beats of silence passed between us. I hadn’t realized how close we were.

“Yeah?” I said. I could feel my heart pound. Was he about to tell me that he regretted it?

“I’m sorry it got interrupted,” he said.

His hand wound its way into my hair, and he pulled my face close to his. “Kiss me again,” he said.

I bit my lower lip, and then I closed the gap between us. Our lips met, and this time we knew better what we were doing. My tongue explored his mouth this time, and I moved to straddle him again. I liked being in this position of power. I liked taking control of our kiss. My fingers wound into his short hair, and his hands moved up and down my back. When he moved underneath my shirt, I moaned into our kiss and pressed my pussy against the growing bulge in his pants.

“Mara,” he gasped, pulling back from me.

I just sat on top of him, panting.

“Is this what you want?” he asked.

I blinked at him and nodded.

He nodded, and he kissed me, standing up and carrying me over to my small bed.

He lay me down gently on the bed and then climbed on top of me, his taller frame pressed down the length of mine. He kissed my lips again, and my hands pulled gently at his hair.

James broke the kiss and moved back, his hands finding their way under my shirt again, but this time in the front. I helped him get my shirt off, and my bra was revealed to him.

My bra was simple. Pale pink, no-frills. He kissed the top of my breasts protruding from the bra. I went to help him remove, but he pushed my hands aside and said, “Let me, please, Mara.”

I nodded, biting my lip. I wanted him to hurry up. I wanted to explore his body like he was exploring mine. I was not feeling very patient.

And then, another knock at the door.

Why is it awkward for them to be alone?

What is this “Special assignment”?

Who is at the door?

Find out all that and in Exploration or come back Monday to learn more!