For this year’s A to Z Blog Challenge, Richard and Jayden are worldbuilding! Using Rebekah Loper‘s book The A-Zs of Worldbuilding as a guide, we have teamed up to give descriptions of the world we’re creating, along with snippets of what it’s like to exist in the world. Enjoy!

Background by Jayden for K is for Knowledge:

In Adirlachson, all children are expected to go to school. They learn to read, write, and use a computer. They learn math and science. Their history education is very tightly controlled. They understand that the rise of the dinosaurs was the downfall of their civilization, and that was when they went underground.

Other than that, specialized training and education are offered based on the career paths people choose.

Story by Richard: Actual quote and illustration from one of their textbooks

“…all the governments of men fell when they, in their hubris, resurrected the dinosaurs. Billionaires treated them like MMA fighters, and unleashed them on towns too poor to turn away the money to have their homes destroyed by rampaging lizards. Over time, this carnage was not enough for them either, and they began arming the dinosaurs. Overcompensating phallic cannons, machine guns, and missiles were mounted on the beasts. However, this required operators to fire the weapons, and they tended to die well before the dinosaurs. As they continued to play god, they enhanced the beasts’ intelligence to better use their new (larger) arms. But what slave does not eventually rebel against its master? Especially when they’re larger and better armed. Open warfare began, and entire cities were wiped out in a failed attempt to contain the dinos. Our first Queen, Helen, was smart enough to retreat to Adirlachson, where she safely nurtured our nation until the wars of Man and dinosaur had burned out. And that is how Women inherited the Earth, and one day reclaim it.” 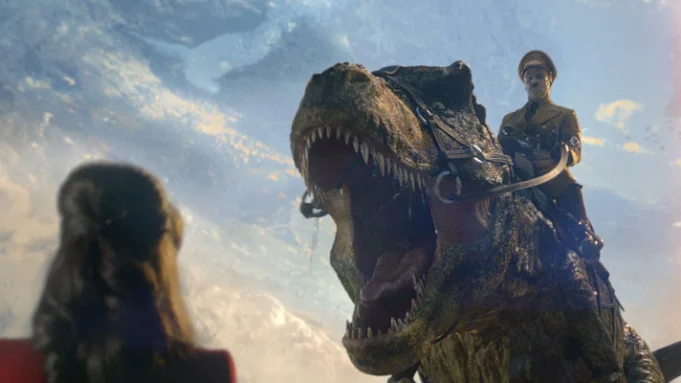 Thanks for joining us for A to Z! Don’t forget to check out all the other blogs over at www.a-to-zchallenge.com and comment below if you’re blogging from A to Z!

Next up: L is for Language

3 thoughts on “K is for Knowledge #AtoZChallenge”